Toruko rice is a famous dish in Nagasaki. The dish consists of Tonkatsu (deep fried pork cutlet), curry pilaf and spaghetti. The word Toruko means Turkey in Japan and rice means rice so it basically means Turkish rice. I am sure by now that all of you will find it weird because most people in Turkey believe in the Islam faith and they do not eat pork. Well, the story behind this dish is that the Japanese people think of Pilaf as a Turkish food and it resembles rice so it became to be known as Turkish rice. But why spaghetti and tonkatsu? If you look back at how Turkish kebabs are served, it is often served with meat (kebabs), rice and side dishes (like salad). The Japanese people in Nagasaki created their own version by putting the Japanese favourite tonkatsu on the rice with a side of spaghetti (because it is Western and they've been using it as a side dish for many other Japanese style Western food). Nowadays most restaurants uses white rice instead of pilaf but it is not rare to find a place that still uses pilaf.

Though it seems that the origin of Toruko rice came from Nagasaki, this dish can also be found in some regions of Osaka and Hyogo prefectures. If you ever want to try something out of the ordinary then I recommend trying this great dish. The combination of the rice and spaghetti with the special sauce they made for the tonkatsu is a match made in heaven. 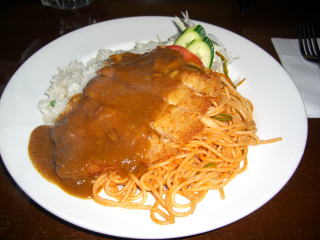 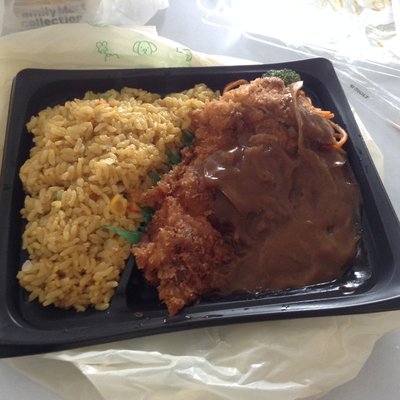 Toruko Rice from a convenience store

Jakoten is the soul food of all soul food in Ehime Prefecture. No matter where you go in Ehime, Uwajima or Imabari, you will definitely find a place that sells Jakoten. So what is Jakoten? Well Jakoten is actually made from finely minced fish made into a paste and formed into the well known rectangular like shape. This delicacy was first eaten in the Uwajima region but nowadays it is the soul food of Ehime prefecture. The original Jakoten is seared in a fry pan and is to be eaten with soy sauce and daikon oroshi. However there is another version of it called the Jako-Katsu which is very popular nowadays and you eat it like a katsu with their special sauce. 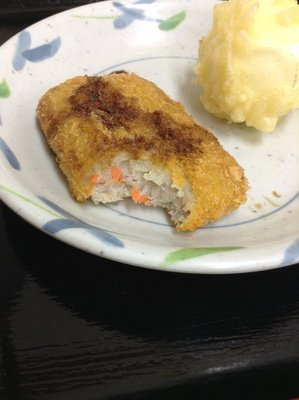 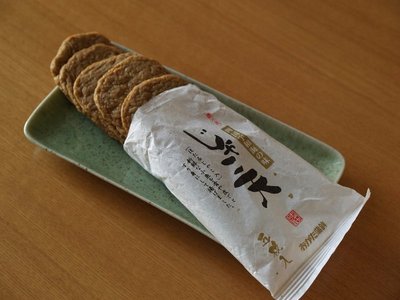 Tai-meshi is one of the more well-known soul food of Ehime prefecture. However people from abroad might not know that there are actually 2 types of Tai-meshi in Ehime. The first one is the Matsuyama style which is rice served with cooked Tai while the other one is the Uwajima style which is served with raw Tai slices. For this blog entry I will be focusing on the second one, the Uwajima style Tai-meshi. The Uwajima-style Tai-meshi is mostly eaten in the Uwajima region of Ehime, which is located in the more southern part of Ehime close to the border with Kochi prefecture. The steps to devour this delicacy is simple. First you take the raw egg and put it into the sauce and mix it well. Then you add the sauce on to the raw slices of tai and rice according to taste. The sauce is kind of sweet so beware on the amount you add. 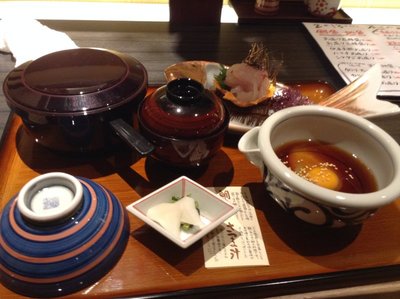 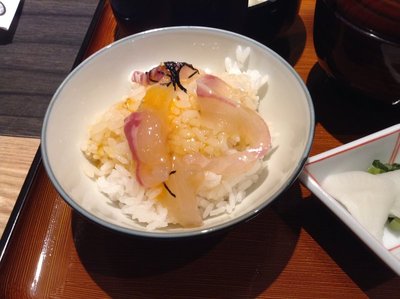 I found out this joint while wandering around the streets near Okaido. This burger joint first caught my eye because my friend told me that I have to try their Tai or Hamachi if I ever go to Ehime. When people think of Ehime and Tai they would immediately think of the two different Tai-meshi, the Uwajima style and the Matsuyama style. However I wanted to have something out of the ordinary and that's why my food sense led me to this burger joint. Here they fry their piece of Tai and top it with onions and tar tar sauce. Though this dish might not look traditional, many locals do visit this joint and I believe this burger has also become one of the great soul-food of Ehime. 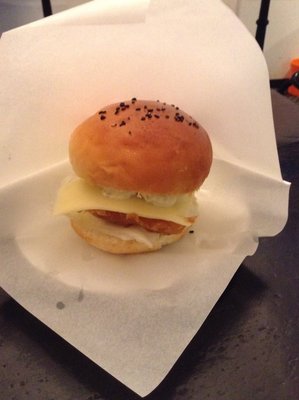