Mapo Yakisoba is one of many soul food people who live in the prefecture Miyagi eat. What makes this dish so interesting is that other parts of Japan has never thought of adding Mapo Tofu to noodles, only rice. The yakisoba is just plain yakisoba with no sauce or topping. Over the yellowish noodles they pour the hot and spicy Mapo Tofu on top, completely covering up all of the noodles until you can only see Mapo Tofu and the red sauce. I prefer eating this as to the traditional Mapodofu don because not only its something fresh to me but also it goes better with yakisoba in my opinion. 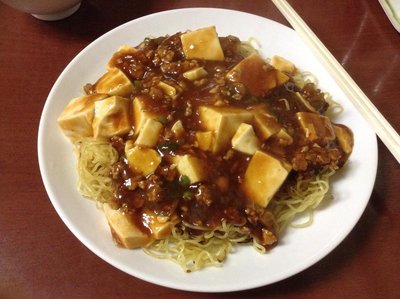 Curry rice is probably Japan's most famous and favourite comfort food along with gyudon. However in Aizu-Wakamatsu (Fukushima Prefecture) they serve curry in a different way. Here, aside from rice, they serve curry with yakisoba. Yes, I mean that type of yakisoba with the stir-fried veggies, meat, noodles and sauce. After plating the delicious yakisoba, they pour curry along side it to create a perfect combination of gourmet goody. This might sound weird but the sweet taste from the yakisoba goes superbly well with the spiciness of the curry. If you ever drop by Fukushima prefecture please consider visiting Aizu-Wakamatsu not only for its great onsens but also great gourmet food like Curry Yakisoba! 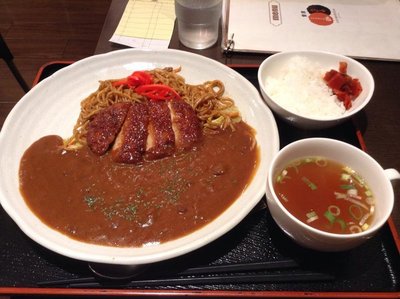 Jaja-men is what we westerners know as Jajangmyeong, a Korean noodle dish. In Korea they use a thick noodle made from white wheat flour while the sauce made from dark soybean paste. However the infamous B class gourmet dish of Iwate prefecture, Jaja-men is a little different from its Chinese and Korean counterparts. The noodles used for Morioka Jaja-men is similar to those of udon but however the paste is a mixture of meat and miso paste served along with cucumbers. Before mixing and eating, local people of Morioka like to add 2 rounds of vinegar, 1 round of chili oil, grated garlic and grated ginger. After mixing everything together Bon appetite. If the flavour is not strong enough, you may add more according your taste. After your finished use a slice of pickled ginger to crap everyone in the bowl into the middle then crack a raw egg into the bowl. Beat the egg well and call a waiter over and say "chi-tan kudasai", they will add hot soup into your bowl which will cook the egg. You can drink the soup immediately after the soup is added. 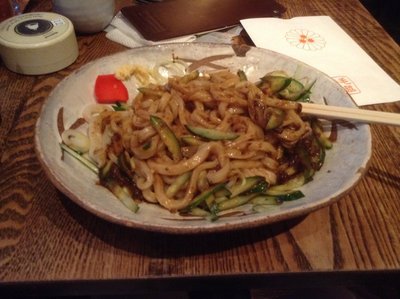 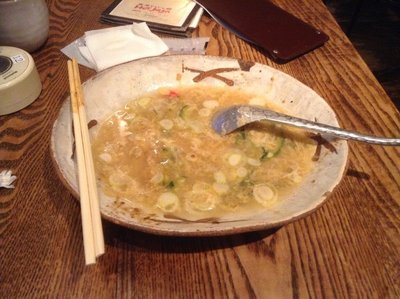 PS: It is ok to have noodles left over for Chi-tan.

In this blog post I am going to talk about a famous B class our met delicacy in Nara prefecture called the "Kinchaku Kitsune". In Japanese, kinchaku means pouch and kitsune is that piece of friend tofu over a bowl of udon. So what is he difference between this Kinchaku Kitsune and the normal Kitsune udon found everywhere? Well for Kitsune udon, the slice of fried tofu is places on top of the udon, however for Kinchaku Kitsune the fried tofu acts like a pouch and when you open this pouch, you will find he udon noodles lying with in it. The flavour of course is not much different than normal Kitsune udon but this is a new concept to revolutionize the dish of Kitsune udon. If you ever come to Nara, then I would suggest giving this special dish a try! 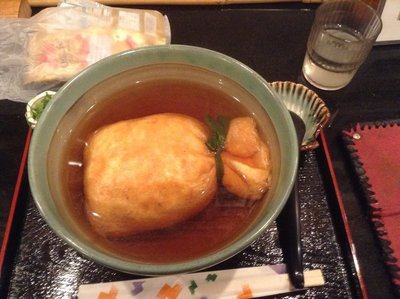 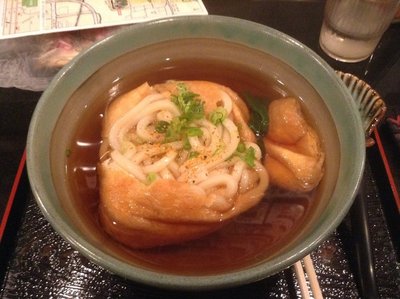 They Curry Gyunyu Miso Ramen (curry milk miso ramen) is one of the famous specialty ramen in Aomori prefecture of Japan. For those who do not know where Aomori is, it lies in the most northern part of main island Japan. What makes this ramen so special is the soup. The combination of curry, milk and miso creates the base for the soup and boy they go well together. The addition of milk into the curry miso soup base helps lower the spiciness of the curry, making it seems like a perfect matching of flavours. 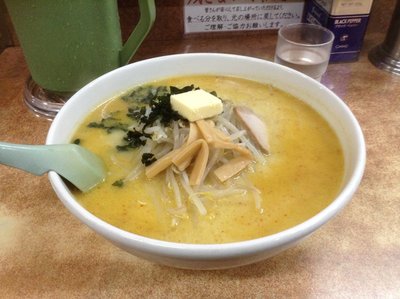 I had mine with corn and butter as topping!